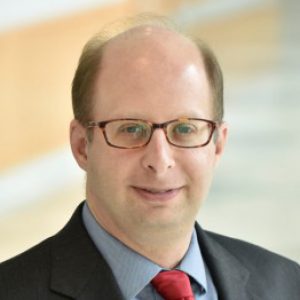 David was the founding Academic Director of the Fox School’s Executive Doctorate in Business Administration. The centerpiece of the program is an innovative, personalized mentoring experience beginning in the first year and continuing throughout the program. The program graduated its first class in May 2017.

He is also the creator and organizer of the Temple Analytics Challenge, an annual University-wide data analytics and visualization competition. The national version of this challenge is run through the Association for Information Systems at their annual Student Chapter Leadership Conference; in 2017 David received the Fox School IMPACT award for developing those competitions. David also created Temple University’s first General Education course in Data Science; in 2015 he received the Teradata University Network Teaching Innovation Award for the course.

David has taught in the BBA, MBA, Executive MBA programs in Colombia and Japan, and the Executive DBA program. He teaches courses in cloud architecture, data analytics, information systems strategy, process design and improvement, and application development. David received the MIS Department’s teaching award 13 times (most recently in 2016) and in 2013 received Temple’s Lindback Award for Distinguished Teaching. In 2014, he received the Fox School Musser Award for Excellence in Teaching. In 2018 he received the Executive DBA Faculty of the Year Award and in 2007 he received the MBA Faculty of the Year award. In 2019 David received Temple University’s Great Teacher Award.

Before earning his doctorate, David worked as a consultant in the Philadelphia area. His specialty was network administration and end-user support in large organizations. He has worked for GlaxoSmithKline, Comcast Cellular Communications (now AT&T Wireless), JP Morgan, and Air Products and Chemicals. Before consulting, David worked for CoreStates Bank (now Wells Fargo).