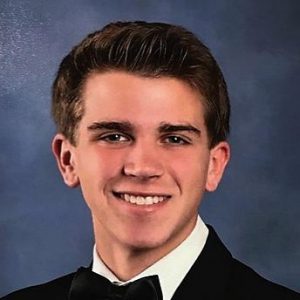 I completed the IBIT mentorship program for the spring 2022 semester. During the program, I was assigned my mentor Neil Mundell who worked for the company AmerisourceBergen. He worked as the VP of the IT department so he was in a fairly high ranking position in his company. I met with Neil twice over Microsoft teams. During these meetings, I was able to ask Neil a variety of questions about the tech industry and the things related to it. I learned a lot of information regarding what technologies are hot right now and which ones I should focus on.

During the first meeting, Neil gave me his educational background and explained how he managed to get into the position he is in now. We asked each other some background information to get more comfortable with one another. Neil then told me about the different areas of tech that he thought were hot at the moment and which ones I should focus on. I have an upcoming internship and at this point in my internship process I needed to pick a few different tech areas that I wanted to focus on for the summer. I was torn between cloud engineer or data engineer and Neil gave me his thoughts on both. He said that cloud was a very hot technology right now but data would give me a more general knowledge of tech in general. He also discusses what both of those roles did at his company in order to give me a better understanding of what I may be doing on a day to day basis. His advice was very useful and it helped me to know which choices to make later down the line.

In our second meeting, I had been asked by my internship to choose between 3 roles for the summer. These roles were: cloud engineer, data engineer, and architect. I gave Neil the descriptions for each of these roles and what I would be doing. We went through them together and he suggested that I go with the cloud engineer spot as the manager seemed to be a good fit for me. This was extremely useful advice as this was the role that I ended up choosing. Neil then asked me if there was any other technologies that I was interested in learning and I said that I wanted to learn automation with PowerShell. We discussed automation in general and Neil gave me the email of someone at AmerisourceBergen who works in the automation team so I can email him if I have any questions about learning.

Overall, this mentorship program was extremely useful as it helped me to focus on which areas I wanted to go in tech. Hearing advice from a real industry professional was very neat as it felt like everything I was hearing was extremely relevant and true. This activity related to my coursework as I was able to ask about how relevant what I was learning in class was to what the industry does. I was also able to know which courses to get excited for in the future as I now know which areas I am passionate about.