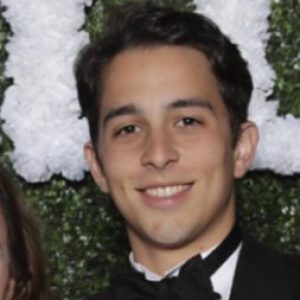 In the MIS 3406 course, Cloud Architecture, the class objective is to learn, design, and build cloud-based network infrastructures for deploying applications securely at scale. (MIS) The foundation of this course revolves around AWS: Amazon Web Services. AWS is one of the largest cloud platform providers in the world offering more than 200 services that help customers reduce costs and become more innovative. (AWS) So far, we have utilized AWS to build a prototype for the Pennsylvania Turnpike Commission where drivers can check the tolls between any two interchanges on the Pennsylvania Turnpike. Throughout this project, we have discovered many of AWS’ features such as instances, launch configurations, and auto-scaling groups.

One similarity between both platforms is their computing powers. AWS uses something called Elastic Cloud Computing, or EC2. Here is where features like instances are located and it is where users set up their Virtual Machines all in one place. EC2 is helpful because users can control properties such as size, power, and memory of their Virtual Machines, as well as the number of Virtual Machines they want. For similar purposes, Azure uses a Virtual Hard Disk instead. Just like EC2, users can also access similar features like instances. However, unlike EC2, users cannot find everything in one place as the virtual hard disk needs other Microsoft tools to configure properties and to install applications on the cloud. (Sturt)

Both AWS and Azure offer an array of services but differ in areas of focus. For example, both offer Infrastructure as a Service: a type of cloud computing that provides computing, storage, and networking resources on demand. (IaaS) AWS provides things like Networking, Computing, and Databases within their Infrastructure as a Service, whereas Azure provides Networking, Computing, Performance, and Data management and databases. (Sturt). There are subtle differences between AWS and Azure, and for customers seeking cloud services, it all depends on how they want to reach their goal.

AWS and Azure are leaders in cloud services, however, the industry itself is still growing. Green Cloud Computing is a new method to reduce the environmental footprint from technology. As companies grow and the internet evolves, more data centers are needed, and as a result, there is more energy consumption which expends carbon waste. Studies show that “data centers consume approximately 200 terawatt-hours (TWh) of electricity, or nearly 1% of global electricity demand, contributing to 0.3% of all global CO2 emissions,” (Ezra).

Integrating data centers into a cloud structure is one large step towards Green Cloud Computing. In MIS 3406 we’ve learned that the cloud can scale the capacity of databases based on traffic volume: Instead of running databases 24/7, they can adjust around demand, only paying for the compute time consumed. Not only does this reduce costs, but also manages energy more efficiently. The rewards for such a transition are: saving money by reducing costs on electricity and land, meeting sustainability goals by diminishing carbon emissions, improving customer experience and employee efficiency with more responsive applications, and attracting more customers for having a sustainable reputation. (Hollier) This is where AWS and Azure step in: They are great contributors to helping companies transition to Green Cloud Computing. Not only does Green Cloud Computing benefit the environment, but also businesses.