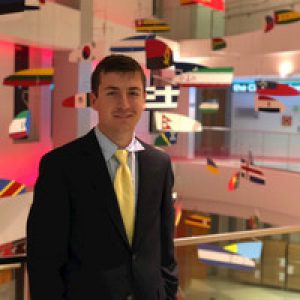 In this Pro Point activity, I created a website that categorizes the periodic elements into their respective element group. My professor for my Data-Centric Application Development class gave us an extra assignment which was to develop a functional webpage which draws data from an API. I was lost at first on what API I should use. Being a Philadelphia 76ers fan, I had originally wanted to use NBA data to show player statistics, however, most NBA APIs were either not public or behind a paywall. When looking for other options, I talked to my friend who is a Chemistry major and he was describing the different properties of elements and I knew I had to find a public periodic element API.

Once I had found a functional and public data set, I started developing my code. The HTML was the easy part, the difficult part for me, was to use JQuery to make the site display and append the correct elements when their respective buttons were clicked. I started with a general button that would display all elements available in the API. I then moved on to individual groups, which is where I ran into trouble. I was using a for loop to go through the entirety of the data and then had to create an if statement within that to only display the respective groups. Although it sounds easy in retrospect, it took me a few days of work to figure out all the bugs. Once I was able to solve my first element group, it was easy after that to repeat the process for the remaining code. I learned more about logic statements within Java and JQuery during this assignment that I had not fully learned in class. This is important to my future career with an MIS degree because I can create functional interfaces to find specific matches in data using basic JS. With other, more advanced, data analytic tools, I can broaden the scope of what I will be capable of in the future.