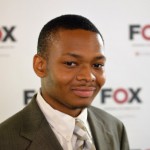 This Year
No Points
Total
1030 Points

In this scenario, I was the IT Development Manager for a mid-sized financial services organization.  I had a dozen developers on your Web Development team.  The average annual cost for these developers (salary plus benefits) is $125,000 per year.  All of these developers are experts with traditional web based development tools but have never used WordPress. Based on my research I believe that 75% of the work currently being done by the Web Development team could be done much more efficiently using the WordPress platform.  I decided to split my Web Development team in two (not in half) with one team continuing to focus on the applications which will require traditional web based technologies and a second team that will focus on the applications which will be developed on the WordPress platform.  Again, based on my research, I believed that I can realize an 77.8% improvement in the efficiency of my web developers by using the WordPress platform instead of traditional web platforms (what I mean by this is, if it takes a developer 100 hours to complete a task using traditional technologies, it would only take 22.2 hours to complete this task using WordPress.)

As a solution, I suggested that we used WordPress to gain a 3-year net benefit of $2,451,000. WordPress is a creation tool for websites that allow our Web Development team to increase efficiency and reduce headcount. Switching to this program makes it possible to downsize the team significantly by enhancing management and reducing what we pay in salary.