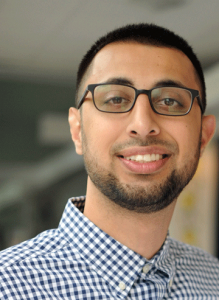 As a Senior Program Manager of Connected Home Quality at Comcast, Sameer Anand tries to address problems before customers even know they exist. He and his team review operational data, machine metrics and customer reports, all tasks Anand can easily tackle in part because of what he studied while earning his BBA in Management Information Systems from Temple University’s Fox School of Business.

But even more critical to his current success, he said, are the “soft skills” he learned at Temple.

A lot of professors tried to relate things to the real world, not only the ‘hard’ skills, like coding, but also how business decisions get made with analysis and process,” said Anand, who graduated in 2012.  “I’ve been able to apply those skills to every job and position that I’ve been in and it’s really helped me. 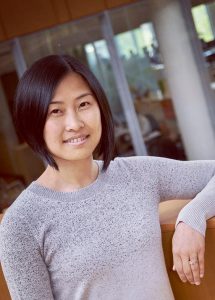 Ying Liang-Chai, BBA ’02, agreed. The things she learned adjacent to the classroom– working with teams on class projects and leading a student  organization, in her case the campus chapter of the Association for Computing Machinery (now called Association for Information Systems) – have proven crucial to her career success.

All the courses prepare you technically but the soft skills are just as important,” said Liang-Chai, who has been an Audit Director for Information Security and Privacy Risks at GlaxoSmithKline since 2012. “That’s the real world.

After leaving Fox, Anand spent four years working as a Senior Consultant focusing in Enterprise Applications (SAP) at IBM. Before taking his current full-time job at Comcast in June 2017, he worked for the company as a contractor deploying Next Generation Cable & Internet hardware and assessing cross-functional impacts.

These are all very different jobs, Anand noted, but again his soft skills training made the transitions easier.

There’s always a learning curve with a new job but people can learn how our products work; that’s pretty easy,” he said. “But it’s a lot tougher to learn how to conduct high-level analysis, how to solve business problems, to understand what questions to ask and what steps to take.

Liang-Chai, too, held a variety of positions at different companies before first joining GSK as an audit manager in 2008. Her first job after Fox was as an Enterprise Risk Services consultant at Deloitte, where she also interned before starting her senior year. She used Fox’s Career Services office and other resources to help secure internships every year since she was a sophomore.

All the services Temple offered definitely helped,” Liang-Chai said. “It not only helps you decide what you want to do but it also helps you identify things you don’t want to do.

Anand said he has now found what he wants to do. His current job is in a growing space, including smart home technology as well as security monitoring. He’s also a fan of the tech which allows him to do things like turn on his home heating system so he can return to a warm, welcoming space at the end of a long, cold day.

It’s interesting to be working for a company that is trying to be at the front line of innovation. Comcast is watching consumer behavior pretty closely and aligning some of our future products accordingly,” said Anand, noting his growing interest in smart home tech and automation. “It makes my day to day pretty interesting and keeps me engaged because not only am I working in the space but I’m also a consumer.

Liang-Chai enjoys her current work because the internal audit function provides an enterprise view of the business, offering lessons  in complex businesses and processes in a short time and identify areas of improvement. Every audit or project beings a new challenge.

You are constantly learning,” She said. “I enjoy working in partnership with stakeholders from around the world to drive meaningful action and improve risk management strategies.

She also likes that her job allows her to juggle her work and being mother of a 6-year-old son and a 4-year-old daughter.

I think that’s important too, balancing work and personal life, ” Liang-Chai said. “It can be hard at times, but knowing your priorities, finding work you are passionate about and having a strong support system helps.