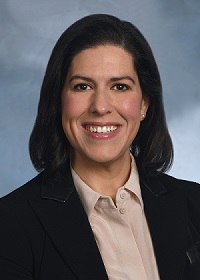 Clare Perretta, MS ’17, didn’t know what she wanted next in her career when she enrolled in the MS in Digital Innovation and Marketing program, but she had a hunch that the program would get her there. “I had been a writer and editor for years, but I was always drawn to marketing,” she recalls.

While she was a student, she worked full time as a communications specialist at NextGen Healthcare. Her colleagues in digital marketing turned her on to the magic of metrics, including Google Analytics. Making decisions based on data—not opinions—appealed to her, and she knew she needed more education to hone that expertise.

Professor Steven Sclarow’s Process Improvement class sparked a passion for project management. As part of that class, Perretta created a document that details every step a project goes through from idea to implementation at NextGen. After sharing it with a new NextGen vice president, the marketing department started using it as official reference material.

Another invaluable part of the program for Perretta was the network she joined. In fact, her social media instructor, Kimberly Jaindl, recently tapped Perretta to fill a new role of brand communications representative on her team at Lockheed Martin.

During the program, I learned what I want to be doing—more strategy and operations-level work—and now that’s exactly what I’m doing,” she says. 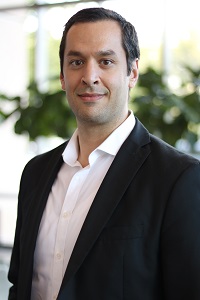 In his career before enrolling in the program, Anthony M. Pizzuto, MS ’18, had done a little bit of everything in the world of online marketing. “I worked with production teams, I’ve led creative teams, I’ve done coding and merchandising,” he says.

Pizzuto has served as the head of digital experience for Victoria’s Secret PINK brand, where he led the development of their app and oversaw user engagement. He’s also worked as the director of marketing for Prudential Financial.

What he learned in the program goes deeper than digital. “I learned to understand who the customer really is,” he says.

Since earning his degree, he has taken on a new role as head of brand marketing for Days Inn, owned by Wyndham Hotels & Resorts. Now he applies the principles of user experience he learned at Temple on a larger scale, overseeing a global marketing strategy that is both online and offline, including legacy formats like billboards and radio.

“I understand now that guiding a customer through a journey is the same whether it’s in the physical world or the virtual world. And that divide is getting smaller every day,” he says.

“Technology changes every three months, but the principles I learned at Temple can always be extrapolated to the bigger picture.”