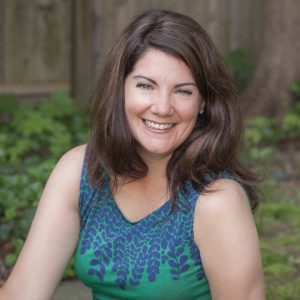 This fall, the Digital Innovation in Marketing program welcomes a new chair to its advisory council. Collie Turner moves into the role after several years as a council member and serving as a capstone mentor in the program.

“I’m thrilled to help my alma mater like this,” says Turner, an alumna of what is now the Klein School at Temple University. “When I was in college in the early 90s, there was no such thing as digital,” she says. But she honed her expertise on the job, gravitating to the newly formed digital team at a now-shuttered advertising agency.

“Back then, people called me to fix the printer because they didn’t understand the difference between IT and digital,” she recalls. From there, she found her way to innovative startups that worked only in the emerging digital media, including i-frontier. “We were a bunch of 20-somethings making it all up as we went along, and it sparked an entrepreneurial spirit in me,” says Turner.

It was colleagues on the advisory council who asked Turner to become involved in 2016. “I was so impressed by how they found people who were just the right fit. I didn’t go to Fox, but I’ve been in this field for a long while,” she says. During her career, she’s been deeply immersed both in advertising and mobile. Today she’s a senior vice president at GSW Advertising.

She’s also the founder of an ambitious new nonprofit, Heroic Gardens, which provides military veterans access to gardening services. “It’s that entrepreneurial mindset that helped me launch Heroic Gardens. It gives me a sense of pride to say I’m a woman business owner, and I’ve learned a lot that I can share with students, many of whom plan to start their own businesses after graduation,” she says.

As the new council chair, Turner’s focus is on program growth. “We’re all ready to roll up our sleeves and get to work,” she says. “We’re making personal commitments to participate in recruitment and leverage our networks.”

Now that this program is not brand new anymore, it’s time to really get the word out about a master’s degree in business that is unique and on the cutting edge of the field, according to Turner. “Our faculty are big thinkers and have so much to offer students intellectually and professionally,” Turner says. “The feedback I hear from students is that they know they’re getting a one-in-a-million education with this curriculum.”

With Turner at the helm of the advisory council, it seems like soon everyone else will know it too.