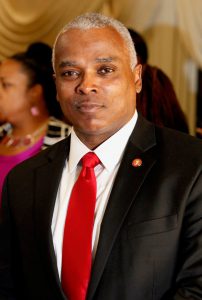 James Foggie (MS ‘19) was a longtime systems engineer with Verizon when he felt the need for a new set of career challenges. “I had 20-plus years experience in IT, and I was looking to move from what I’d been doing into compliance and governance,” he recalls. “Most people would cringe when the auditors came around, but not me. I encountered people who were really great at their jobs.”

It was around this time that he received an email from the MIS department about a new specialized master’s degree in information technology auditing and cyber security. “It was an omen,” says Foggie.

He enrolled. And he credits the program with how quickly he was able to make his desired career shift. “In my last two semesters especially, I went to all the career development events,” he says. Foggie appreciated the way the program’s career council made connections between students and companies. It was at such a match-making event when recruiters from Vanguard first met him. “Two weeks later, HR called me.”

Today he’s a senior advisor in IT risk and controls for Vanguard. It’s exactly the career shift he wanted. “I work hand in hand with the internal auditors. All those hands-on assignments and group projects we did in the program prepared me. I pull from the knowledge gained in the program every day,” he says. 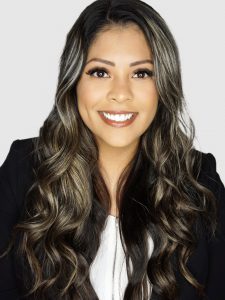 It was a similar twist of fate that drew Magaly Perez (MS ’17) to the program. “My background is in liberal arts,” she explains. “I didn’t know if I had the tech skills I’d need for the program,” she recalls, even though she was very interested in pursuing cybersecurity. When she called the department to learn more, she spoke with Richard Flanagan, then director of the program. “It felt like the stars aligned because he had a similar background in the liberal arts,” she says. Knowing his story made her feel like she could make the leap into a more technical field, too.

Magaly was awarded a scholarship to the program, which was sponsored by Intel. She says the hands-on activities and case studies helped her to fully grasp the very subjects that had made her nervous to apply. “Halfway through the program, Intel requested my resume and they reached out for interviews,” she says. The company offered her a position as an information security specialist. After several years in that role, she’s currently transitioning to become an enterprise architect with an emphasis on business architecture. “I’ll be working on the company’s strategy to use technology to achieve its goals,” she says.