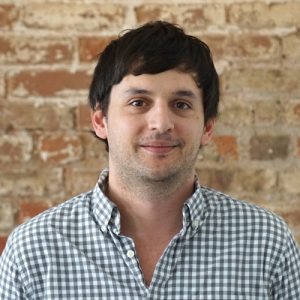 As an undergraduate in MIS, Thomas Steigerwald (BBA ’10) took an expansive view of his future. Unlike some people who have a detailed vision of their dream job, Steigerwald knew only that he wanted to solve business problems with technology. Looking back on his years at MIS, he says his time as president of the student organization AMIS (now Temple AIS), through which he was able to connect with industry leaders, helped prepare him for what was to come. “Munir Mandviwalla is a big mentor,” he says.

After graduation Steigerwald landed a job at Aramark, which he describes as his “first taste of e-commerce.” During the year he was working there as a technical analyst another Temple alumni introduced him to Chris DiMarco, who was in the early stages of starting Lamps.com. At the time, he urgently needed his website launched.

“I knew I wanted to be solving business problems, and at that moment, I met someone who had a fun challenge,” says Steigerwald. The education Steigerwald got at Temple gave him a robust skillset that allowed him to build out the infrastructure and architecture of Lamps.com as well as leading the digital marketing strategy.

He was the first full-time hire for the start-up. “As the company has grown, I’ve grown and taken on many roles,” he says. “Everything the MIS and Fox school curriculum covered, I’ve used or applied here.” Even though he’s done it all at this point, Steigerwald has never held a formal job title at Lamps.com.

“I like not having a title,” he says. “It allows me to be flexible and add value in a variety of ways.” He can respond nimbly to the changing technology and business environment. “Ten years ago, platforms like Instagram and Pinterest weren’t around,” he points out. “You didn’t even consider building a responsive website, but as times have changed I’ve been able to quickly adapt.”

No matter which hat he is currently wearing, his work remains grounded in technology. “I can describe myself as a software engineer–I write code–but some people describe me as a solutions person because I’m finding and solving our businesses needs with technology,” notes Steigerwald.

It was a major leap of faith when he left his corporate position at Aramark to join a startup. “I saw the potential, and I was able to take the risk. And it’s been worth it,” he says.