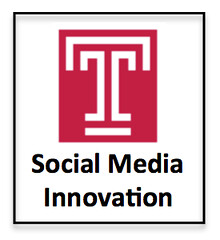 Is it possible to use gamification to motivate students above and beyond grades?

These students in my class certainly think so:

“The Quest was an amazing experience. Being able to score myself really helped me stay competitive with my site and made me do things now as opposed to later because I feared losing my rank.”

“I thought this was a great idea on Professor Johnson’s end, mainly because it was a friendly competitive challenge, and really engaged everyone to take part in it. Personally, I struggled in the beginning to keep up with other students, but since I had quite a few posts I was able to get myself on the leaderboard most of the time. There was definitely a peak in the middle of the semester where I really focused on posts and activities. Even though I never made it to the top, I was happy I made it to the leaderboards. Overall I thought that it was a great idea, and I have also noted the experience with other teachers to maybe incorporate it with other classes.”

“The Quest helped to motivate projects outside of the classroom. Quest points absolutely made me do projects in a timely matter so that I did not look like a slacker in front of the class. I thought it was a great idea to announce winners this let students know if they were slacking. Originally when the Quest started I was not ranked my goal starting out in the class was to make the leader board. By the end I was ranked [in top third]. The Quest without a doubt motivated me more to do more projects.”

“The Quest” leaderboard is a great idea for operating a class. Even though there’s no grading benefit to participating, it served as a great checklist for logging which social media activities each user completed. … Additionally, human beings are born with a competitive nature, so even though there’s no tangible reward for participating in “The Quest”, students still have a desire to compete to be the best among their peers. … Going over the leaderboard at the end of class in front of everyone also helps motivate students to participate. People love attention so this is a great opportunity to get noticed in front of a large audience. “

(All quotes from end of semester reports by students in Spring, 2012 section of MIS3538: Social Media Innovation.)

I developed The Quest in order to encourage self-paced learning through a series of required and self-selected activities that got progressively more difficult. Through a combination of the WordPress Achievements plug-in and Google Forms, students:

As the student feedback attests, well designed gamification can work in a college class room. In the rest of this blog post I’ll lay out the major elements of The Quest along with why I think they work.

The Quest starts at the beginning of the semester, with points accruing to students with activities beginning on the first day of class. In the course syllabus, it is introduced as follows:

To help motivate students to maximize learning opportunities in this course, we also run a Social Media Innovation Quest (hereafter, The Quest). This is a “scoring” system that awards Quest Points (QPs), badges, and levels for class-related achievements. Students who gain sufficient QPs will be promoted to higher Quest levels and will rise to the top of the leaderboard!

Lots of Quest Points, numerous badges, a high level, and the top spot on the leaderboard are no guarantee of a high course grade. Nonetheless, past experience shows that the number of QPs earned and strong course performance usually goes hand-in-hand. Therefore, during the semester your QPs do provide one assessment, albeit imperfect, of your course performance to date.

The building block for the quest is Quest Points. There are primarily earned by completing activities that are also reflected in a student’s participation grade (20% of final grade) or the major individual assignment grade (40% of final grade).

The Achievements plug-in automatically keeps track of how many posts and comments students make on the Course Participation Hub blog (all 45 students had authoring privileges at the blog). I set it up so that students earn points (and badges) for their first three posts and for pre-set levels of comments (e.g., 1st, 5th, 10th, 20th, and on up to 100th). To keep things interesting, the comment levels are not entirely predictable and some of the achievements are even hidden until earned.

There are many ways that students can earn points (and badges). Every couple of weeks during the semester I release more activities. Once a student completed an activity, they enter it at the Activity Submission Form. I review submitted activities multiple times a week and either (a) grant the achievement or (b) provide feedback on what still needs to be done.

(If I had an unlimited budget for enhancing my “courseware,” I would create a system to release new activities individually based on which activities had already been completed. Also, I would have some way to have all achievements machine-graded in order to provide immediate feedback. If anyone wants to fund such an effort, please contact me!)

The leaderboard promoted at the end of every (weekly) class meeting serves a different purpose. It does not show point totals, instead it shows a much larger number of students grouped by level. The cut-off for making this leaderboard tracked the pace for “meeting course expectations” (roughly a B grade).

Also, instead of implicitly rewarding only the top performers, everyone who made significant efforts that week is recognizing for “leveling-up” to a new performance band. This provides motivation not just for the very top performing students, but important feedback for everyone in the course.

Why does it work?

I’ll leave the final word to my students: 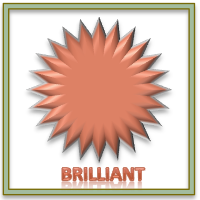 I find this system very useful because it served as a strong motivator for me to stay not only on top of the material, but also to be on the leader board. As a student who consistently appeared on the leader board through the whole semester, I must acknowledge that the level of satisfaction I gained each time I moved a level up, strongly influenced my course performance and the amount of effort I put into completion of all activities.

I would say that The Quest is important because of the way it ties everything together and incentivizes getting your work done. On top of that, it motivates some students to go above and beyond, which enriches the class experience for the rest of us. Over the course of the semester, the participation hub got better and better with comments and people replying to comments. Even though it was for a grade, you can’t just make up stuff in the comments – you have to put some thought into what you’re saying (I may have put too much thought into mine, but I felt good after I gave my opinions on things which I felt were well explained).

The Quest Leader board was the best aspect of the social media class. Having a friendly competitive atmosphere that motivated all of us to learn as much as we could about social media was awesome. There were some activities within the leadership board that I wish we received a tutorial on first but I guess the best way to learn something new is to actually try it out and fail a couple of times.

MIS3538: Social Media Innovation is an upper-level elective offered by the Management Information Systems Department in the Fox School of Business.