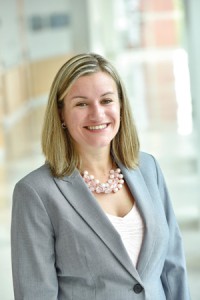 Before COVID put online education in the spotlight, Assistant Professor of MIS Amy Lavin was already an expert on the topic. She finished her dissertation on the subject last year. It focused on the characteristics of success in an online classroom. “I researched which type of students might perform better in person versus virtually. I also looked into what characteristics of faculty members made for successful online class experiences,” she explains.

“To me, teaching is about building relationships and inviting students on a journey with you,” says Lavin, “I’m lucky because I am able to help students develop their understanding of how technology will enable transformation in their future careers.”

She adds, “When I look back at the great teachers that I had, they all engaged their students in the material, made it real, and helped me figure out how to make sense of it. I’m thrilled that I have been able in some way to do the same for our students.”

Lavin’s path to becoming a professor was informed by her industry experience. After earning her MBA at Fox, she spent several years at a software company implementing education systems in schools. Along the way, she learned a lot about technology. “I wondered how we can use technology to make things better,” she recalls.

She worked at Temple while earning her degrees, and a chance meeting with her old boss brought her back to her alma mater. “He mentioned an open position implementing systems for billing, registration, advancement–basically the business of higher ed,” Lavin says. She jumped at the chance to return to Temple.

Teaching soon followed. “I discovered I really love working with students when I had the opportunity to teach a section of the MIS introductory course,” says Lavin. After three years as an adjunct, she moved into a full-time role in MIS and became the academic director of the MS DIM program in 2015.

One of the many positive comments Professor Lavin receives is that she is the kind of professor that makes them want to be a better student. For her, this is the highest compliment. “Temple students make me want to be a better professor,” said Lavin, “So the feeling is mutual.” 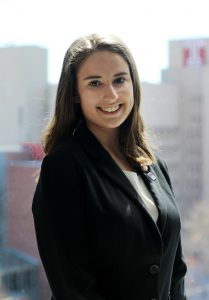 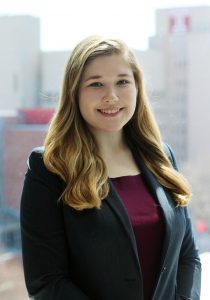 Three Temple AIS student teams took home awards at the annual Association for Information Systems Student Chapter Leadership competition in March. Even though the national conference was canceled due to the coronavirus outbreak, the national competition was still hosted virtually.

Temple teams placed in the Scholastic Analytics Challenge, the Computational Society Case Study Challenge, and the Blockchain Hackathon Challenge, competing against Universities across the country including Florida International University, Utah State University, and the University of Michigan Dearborn.

Faculty advisor Steven Sclarow was pleased with the performance of the Temple chapter, “I am excited to see our students take home three awards this year, especially given this year’s unique challenges of competing virtually. However, our students were more than up to the challenge!””

The winning Temple teams are:

Congratulations to all the winners! 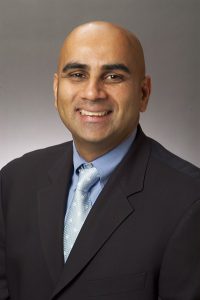 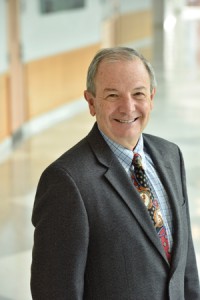 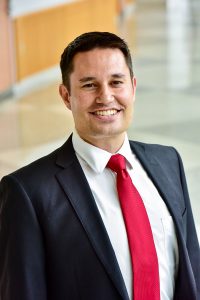 Professor Vance is a leader in cybersecurity research in the area of insider threats and security-related behavior; he is regarded as an innovator in this area. He was a founding member and serves as editor of the IFIP Working Group in information systems security research. Professor Vance also co-curated the MISQ InfoSec resource on cybersecurity. He currently serves as an associate editor for MIS Quarterly. 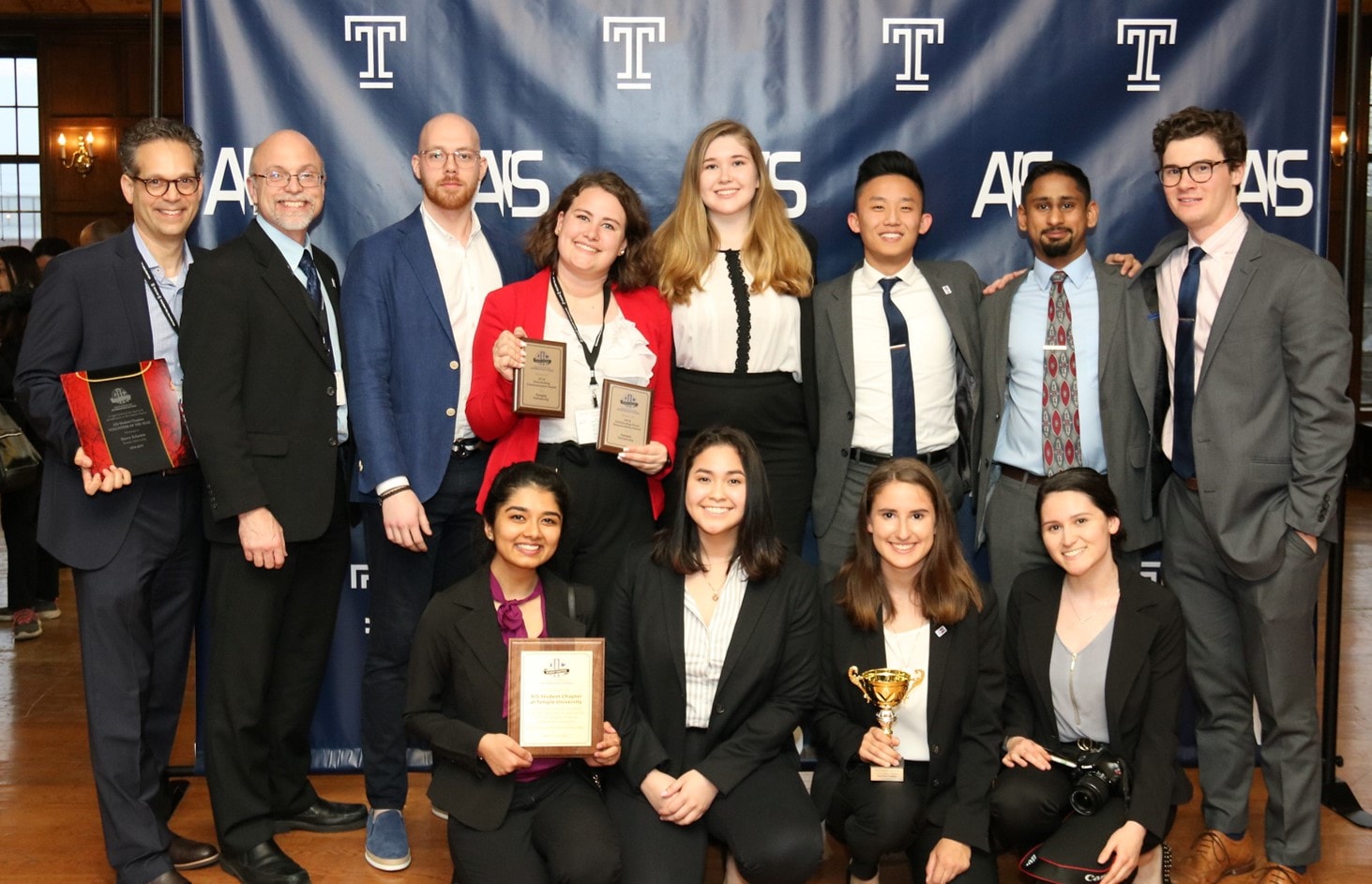 Faculty adviser Jeremy Shafer was delighted with the performance of the Temple chapter, “I am proud of the high-quality work from our students. It is exciting to have three winning teams from Temple!”

The Alexion Challenge awarded prizes for both analysis and graphics. The winning Temple teams were:

In addition, Professor Steven Sclarow received the AIS Student Chapter Volunteer of the Year Award for his work coordinating the competition tracks for the conference.

“I am honored to have received this award,” Sclarow said, “It was a pleasure collaborating with AIS to facilitate the 10th anniversary conference.” 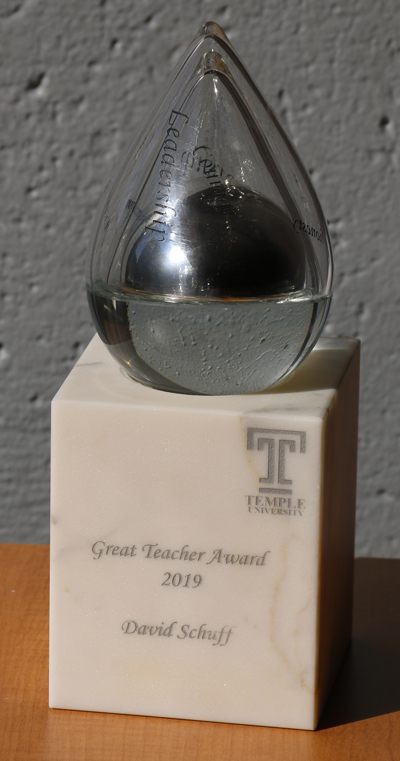 According to the university official documentation:

“Established in 1988 by the Board of Trustees, the Temple University Great Teacher Awards recognize faculty members annually for their continuous excellence in teaching. Each award carries a stipend and each awardee receives a commemorative sculpture and framed certificate. In addition, each recipient’s name is engraved on the Great Teachers Wall in the Founder’s Garden. ” 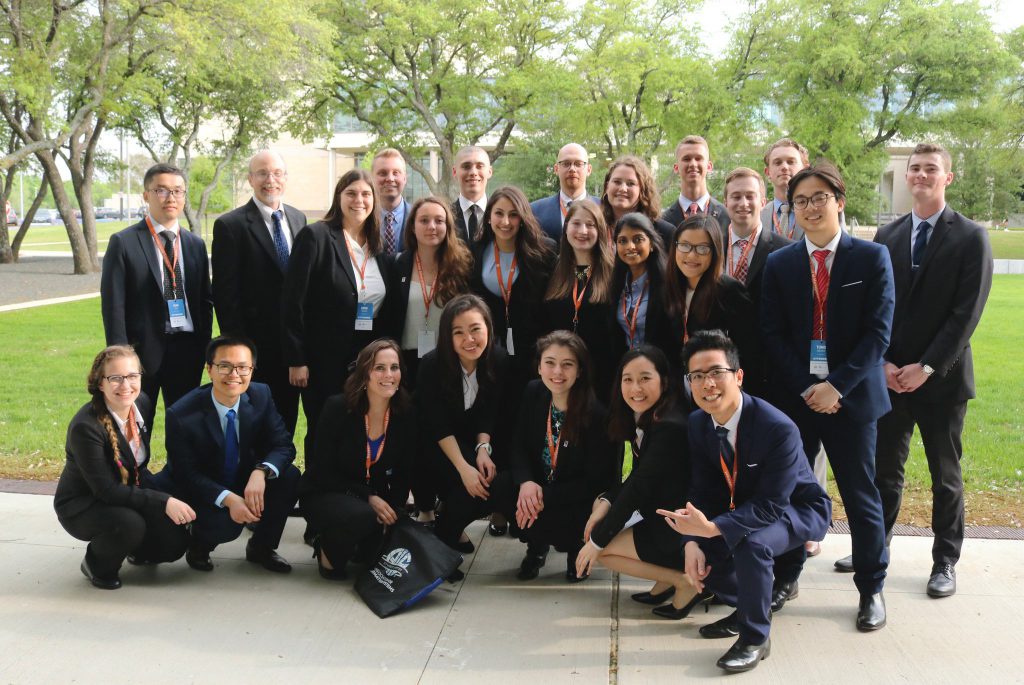 The contests pitted Temple against schools in the U.S. and abroad, including the universities of Alabama, Georgia, Michigan and Colorado; Saudi Arabia’s Prince Sultan University and the University of Gdansk in Poland.  Temple is hosting the 2019 conference.

Faculty advisor Jeremy Shafer said he knew the students were “world class” but he was  overwhelmed by their performances, “We ended up sending the six teams that made it through first round to the finals, a big achievement.”

Shafer won, too, recognized with the AIS Advisor of the year award, a new honor.

Find details about the winning projects below.

Evans ’19, Jackson ’19 and Weiner ’18 explored how new technologies — specifically smart phones, radio-frequency identification (RFID) and “smart mirrors” – can help physical stores out sell Internet options. They found many retailers invested in one technology at a time but concluded offering multiple technologies simultaneously would be better.

“To survive, the physical stores have to offer something online can’t,” Jackson said. “Together (these technologies) create great customer experiences.”

Behler ’19, Ebling ’20 and Pangestu ’20 explored how technology could affect well-being.

The team concluded that new programs using virtual reality and artificial intelligence could allow athletes to train without fear of injuries and could monitor vital signs to construct tailor-made work-outs. They found that video games like Pokemon Go! encouraged people to be more active.

“You have gamers who become more athletic and athletes who turn into gamers,” Behler said. “Each are realizing true health benefits.”

Chi Pham ’19, Ngoc Pham ’19 and Zhu ’18 focused on QVC’s existing warehouses to determine why customers complained about deliveries. Data showed that a majority were unhappy waiting more than one week for goods. They found 97 percent of products shipped from four Northeastern warehouses to customers nationwide.

“We focused on the story,” Ngoc Pham said. “The judges liked that the flow was easy to follow and there were specific recommendations that could be applied within one to three months.”

Le ‘20, Nguyen ’20 and Ngo ’20 approached the QVC data with the question: Does delivery speed matter?

They calculated delivery times for loyal shoppers who purchased things more than once and one-time shoppers in eight different product categories. They concluded that customer retention would increase by 27 percent if the company improved delivery times. QVC could do that by changing its warehouse system.

“Our strategies optimized distribution of work to ship the right products to the right people at the right time,” Le said.

Blockchain technology is new and oft-challenging to comprehend. That’s one reason Semin ‘19, Sidorchuck ‘19, Geiger ‘20 and Elliott ‘20 decided to accept the challenge.

The team put together a network that, while mostly theoretical, “could absolutely work 100 percent,” said Sidorchuck said. It created a transparent supply chain that allowed decisions to be made in real time, keeping all participants in a project accountable while also maintaining privacy needs.

“Some people say (blockchain technology) is going to be as big as the Internet or close,” said Sidorchuck, “I don’t know about that, but it’s going to be pretty important in the next 10 or 20 years. “ 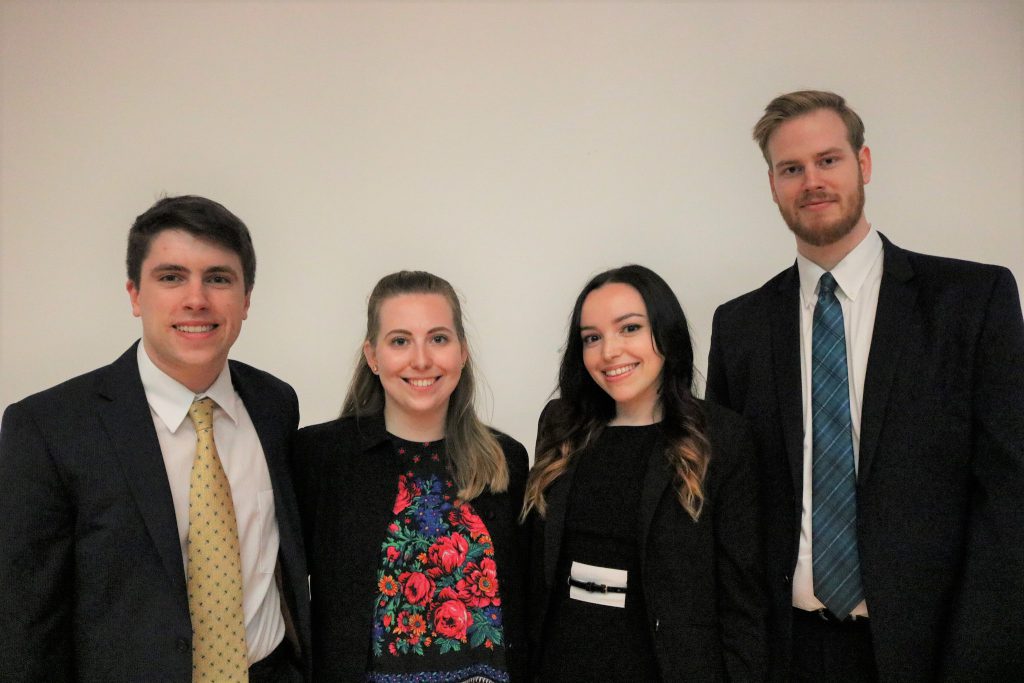 From streamlining the dining experience to changing the way families care for ailing loved ones, the Spring MIS Capstone Showcase demonstrated the transformative impact of technology. On April 24th, 2018, nine teams of seniors from three classes, as selected by their professors, presented their final projects. These projects were the culmination of a semester (and four years) of hard work, which involved everything from creating a business plan to designing a functional prototype.

The winning team, which was selected by a panel of industry experts and Temple faculty, designed an application geared toward urbanites looking for an enjoyable night out. The app uses real-time data to give insight into the crowd and experience at a given location, while also acting as a marketing tool for bar owners. Mentored by Sondra Barbour, Member of the Board of Directors at 3M, Bridgette Brodnyan, Sean Dougherty, Kevin Lynch, and Marlea Tremper received a $500 prize.

The full roster of projects presented at the April 2018 event included:

Dibs
An application that allows users to make reservations at their favorite restaurants, select a seating preference, and order their meal ahead of their arrival.
Team: Ajah Puryear , Jose Gil , Noah Fulkroad  Parth Patel , and Malik Donald
Mentor: Bruce Fadem 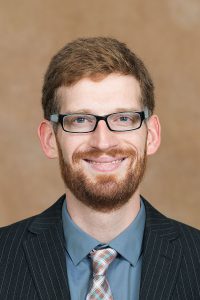 Gordon Burtch (Ph.D., 2013), Assistant Professor of Information and Decision Sciences and Lawrence Fellow, University of Minnesota, Carlson School of Management received the 2017 Association for Information Systems – AIS Early Career Award. Gord is one of five recipients worldwide. He also received the 2017 Information Systems Society Sandra A. Slaughter Early Career Award of The Institute for Operations Research and the Management Sciences (INFORMS). Gord is a Temple MIS alum who was advised by Dr. Sunil Wattal. 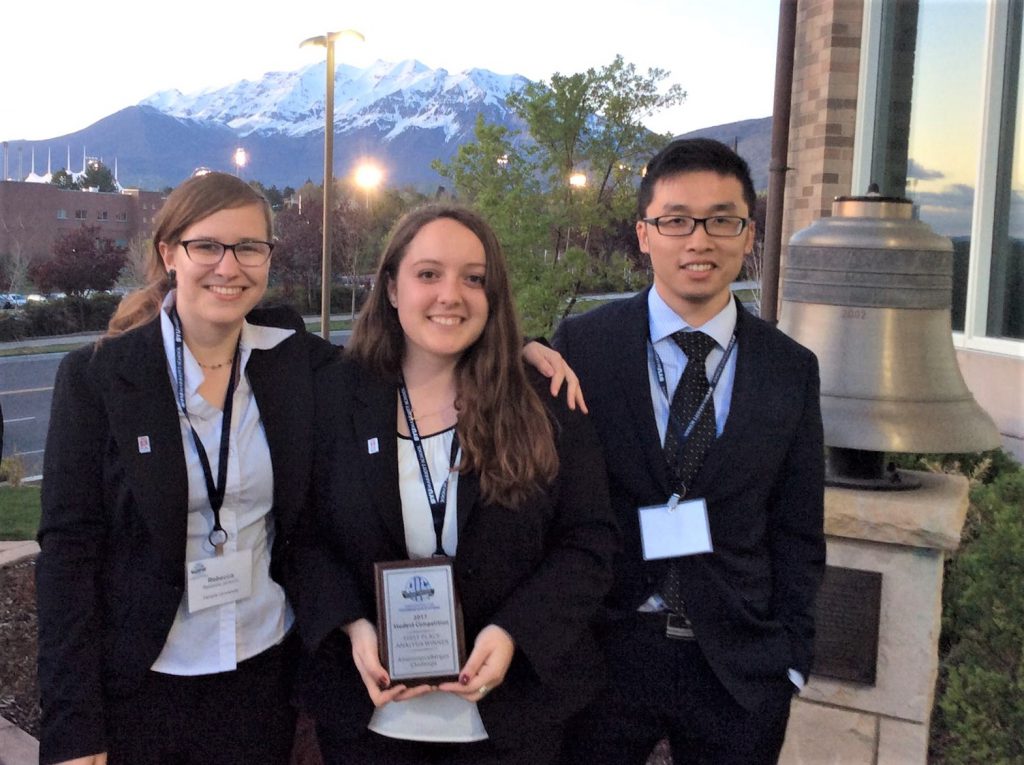 The above two competitions included two phases. In the first phase, student teams submitted entries virtually. The finalists were chosen from the virtual entries and invited to present their work for another round of judging at the above conference. Other finalists included University of Georgia, Roger Williams University, University of Cincinnati, University of Michigan, Florida International University, Brigham Young University, and others.